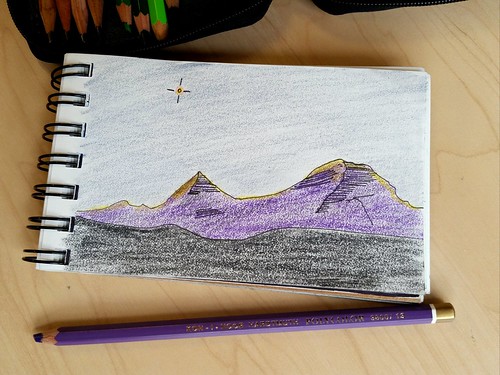 Early on the morning of May 1, 2016, I was catching up on the news I missed during a mad-dash trip to New York City with Natalie and the kids. After I got through my political and baseball news apps’ feeds, the reports of Ueli Steck’s and David Goettler’s discovery on the south face of Shishapangma was all that mattered: Alex Lowe’s and David Bridges’ remains were found after 16 years.

We knew it would happen, but I resented that Fox News, NPR and so many other mainstream sources were covering it. I prefer to keep access to climbing news through climbing sources and climbers’ personal posts. This was out there for everyone to grab. Really out there. (Except, it was already mainstream; their deaths were reported in the New York Times, but I only just learned that.)

I get anxious about this stuff. After all, Alex has a widow. She wrote a beautiful memoir. What would it mean to his best friend and now her husband? The press never cares about stuff like that.

But as a few days passed, I realized the family’s personal reaction wasn’t as interesting as the one from everyone else that had some deep rooted knowledge, and often, affection, for Alex.

On October 5, 1999, Conrad Anker, David Bridges, and Alex Lowe were climbing Shishapangma. They were around 19,000 feet and intending to make the first American ski descent of the 8,000-meter peak. A large serac calved and started a massive avalanche down the south face. Anker was blown up into the air. Bridges and Lowe disappeared into the debris of loosened snow and enormous blocks of ice.

Conrad Anker is one of America’s best recognized mountaineers today, particularly since he discovered the body of George Mallory on Everest and even more so now that he appeared in Jimmy Chin’s award winning 2015 film Meru.

David Bridges was a climber and photographer on the rise, known for his strength and endurance. He was 29.

Alex Lowe, 40 at the time, was a living legend. He performed insane rescues on Denali, earning him he affectionate nickname “The Lung”. He rode a Goddamn giant broken icicle to the ground and lived to ice climb again. And he was Anker’s friend.

Lowe’s widow, Jennifer, knew very well that one day Alex’s body would come to the surface. She said in her memoir that she was not looking forward to it.

Turning to One Another

I reached out to some friends to see how the news affected them, some of whom hadn’t heard the news yet. They weren’t surprised; glaciers routinely turn up what they’ve taken from us. And it wasn’t particularly enlightening; it wasn’t like finding George Mallory’s and Sandy Irvine’s camera. But it made us talk not about new routes and reaching, but about Alex and our humanity.

Alex made them feel good. And he still does. Here are two examples:

Whenever Jason Cobb, who’s written a guest post here on TSM before, thinks of Alex he

thinks of him grinning ear to ear, with his “crazy” hair sticking up, gripping his ice tools. Alex conjures up a sense of daring, and being gifted, while conveying enthusiasm that’s still infectious today.

Another friend, a former contractor I hired to do some data management work, didn’t know about Alex when we met. She was a big rock climber (even climbed when she was very pregnant) and worked for years at out local outfitter on weekends. I wrote my series on The Greatest Climber of All Time because of our conversations about all of the great climbers she didn’t know. Alex naturally came up, both in talks with me and her talks with her colleagues at the outfitter. She asked her colleagues for advice for a thank-you gift when her contract ended; I received Jennifer Lowe-Anker’s memoir, Forget Me Not.

She went on to recognize Alex’s influence on the stories with Conrad Anker, particularly the National Park Adventure IMAX film featuring Conrad and Alex’s son, Max. She emailed me as soon as she heard the news from Shishapangma: “It brings everything full circle.”

Finding Alex again has made us pause and reflect on his life, not unlike on a religious feast day. It’s made us look at ourselves, not just inwardly, but toward one another. I think we live in an era that is simultaneously wondrous and worrisome.

In a day and age where social structures are being “disrupted” and the craziness of a presidential election is crazy unlike ever before, and threat of terrorist attacks hangs over everyone quietly, Alex Lowe and Dave Bridges make an appearance. That’s significant, because in 1999 when they were lost, the world was was also a scary place: in January President Clinton was impeached in a partisan brawl; war broke out in Kosovo; East Timor’s vote for independence was met with uprooting; people fretted about what the Y2K bug would mean; and two students from Colombine High School in Colorado killed 12 students, a teacher and themselves in a searing mass shooting.

Alex shined to us then. Alex shines now. He did that despite the horrors of his times. And now we’ve found him again. Maybe it was just when we needed him most.