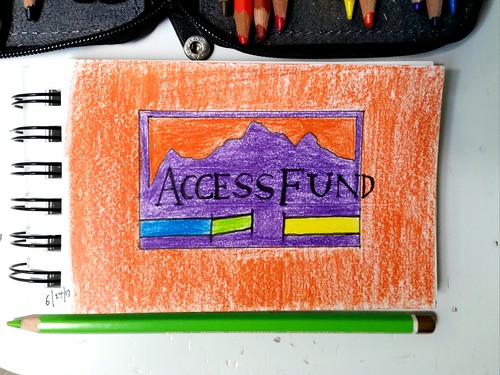 Yesterday I had an appointment with a photographer named Vinny from our local newspaper. We met at one of our Habitat houses. Halfway through walking through the house and taking photos, he says to me, “So are you a climber?” He heard I was a from hearsay.

Turns out Vinny climbed at Safe Harbor in the 90s. Safe Harbor is along the Susquehanna River and in the southwest corner of Lancaster County, Pennsylvania. I had heard of Safe Harbor but hadn’t realized that it was part of the county. It’s a mere thirty minutes from my house.

Vinny said he climbed what he thought was a 5.9 there once. Halfway up it puzzled him. It was hard! He makes the moves, reaches the top and comes down and cleans the route. Another climber complimented him on the 5.11. Vinny said it’s just 5.9. They opened guidebooks; Vinny’s guidebook had a few fewer routes than this guy, and Vinny indeed did climb his first 5.11.

Then he tells me that he saw Eric and Hugh climb there once in a while and that he met them both.

I asked who Eric and Hugh were and explained I am still new to the area and I how I grew up in Buffalo and lived in DC for 15 years. He meant Eric Hörst and Hugh Herr.

I loved Eric Hörst’s books, Training for Climbing and his guidebook to Rock Climbing Virginia, West Virginia, and Maryland. I followed him on Twitter and Facebook for years now. When I moved to Lancaster, it turns out he is the area’s authority on local weather forecasts, based here at Millersville University.

Hugh Herr I just learned about through Chris Kalous and his Enormocast podcast. Shortly after I moved to Lancaster, Pennsylvania I unpacked my new lawn mower just delivered, started pushing my lawn mower, and turned up the volume on the Enormocast to listen to episode 148. I actually listed to that episode with Herr twice. But I didn’t know that he was originally from Manheim Township here in Lancaster County.

It just proves the point that the degrees of separation in the climbing community are fewer than most other things in life. Anyway, I am looking forward to hearing some more stories from Vinny next time. We have another impending snow storm coming today so the kids will be home and I still have a bunch of work to hack out. Any concerns; that’s life! Well, and worries are overridden by knowing that there will be snow.