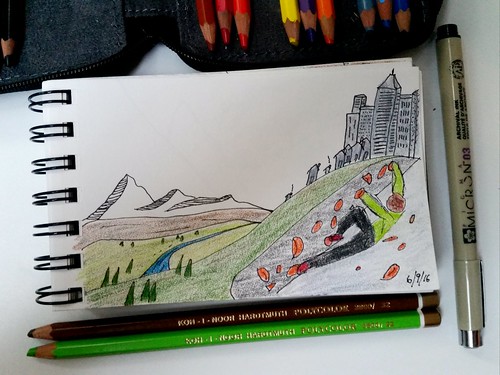 I once tried to leave Washington, DC, uproot my family, change jobs, and settle permanently among the Green Mountains of Vermont. Ultimately, I called off the effort and decided to stay (at least for the time being,) and I can happily report that I am at peace about it. I talked about this experience in June as part of my post How Your Mountain Dreams Might Be a Trap, and it spurred a lot of comments and a few direct messages.

The biggest question was how did I make peace? Well, after a lot of introspection, I identified some things that work for me almost like therapy. Coincidentally, it came to 10 things. The list could have been eight or nine, but without trying it’s 10. However, there are two things about my situation that might give them a little more context…

When I was younger, my Uncle Tom brought me on adventures hiking and climbing in the Adirondacks. Those trips make up many of my formative experiences. When he passed away from cancer, too young, shortly after I moved to Washington, I lost the only person I knew who understood wilderness from experience. I moved to Washington for my career, and for the first 10 years, while I was fulfilled in my job (and still am,) I felt lonely except for my wife and work colleagues. Nobody I knew shared my interest in the outdoors like I did with my uncle.

During that time, I was frustrated by what most people I met thought of when they thought of outdoor recreation. In fact, saying you love the outdoors or mountains means a lot of different things to different people:

So just like in Upstate New York, there were a lot of people around me that didn’t share my values or experiences. Without making city living an “us against them” game, which I was doing, I had to be blunt with myself about what I valued. I think, fundamentally, this is why I have always identified more with climbers than someone who calls himself or herself a hiker. When I did find people of similar interests and values for the outdoors, they were typically climbers with a naturalist bent. And most climbers on social media and the events that I have made friends with typically are.

Since I realized this, I worry about millennials that came to climbing through a gym and have none or little background in respect for climbing outside, but that’s a conversation for another time. 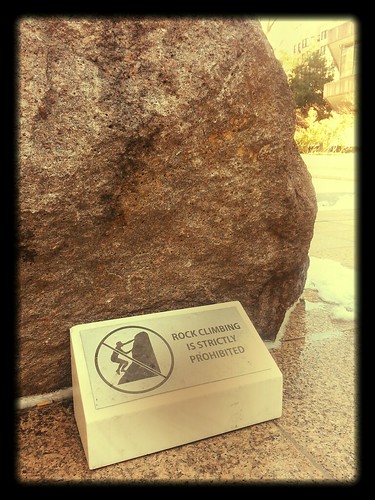 Who are You Without Climbing?

In Alpinist 54, Hayden Kennedy shared in his article”Light Before Wisdom,” how climbing and climbing-success consumed him, and after an injury, he was forced to face a question similar to mine: “Who am I without climbing?” He came to realize that there was more to alpinism than climbing.

Adam Campbell, an Arc’teryx ultra-marathoner, lawyer and reader, helped illuminate this idea a little more. He wrote an essay in the 2015-16 fall-winter issue of Arc’teryx’s Lithographica publication titled, “The Passionate Divide”.  I shared the importance of this to me back in April:

Campbell loved three things: running, legal challenges, and reading. They are his passions and while he considers himself fortunate, as many people don’t have even one passion, he is simultaneously cursed by having more than one. His ambition made him want to do well at both. Except improving at one meant sacrificing time that could be used to improve on the other.

Campbell talks about the quest so many people talk about everywhere: elusive work-life balance. Natalie has learned, and sometimes reminds me that balance doesn’t mean 50-50; balance can be 70-30 if it makes sense and you accept it. She’s right. But I haven’t figured out what the right arrangement is either.

The conflicts Campbell faced broke up his marriage and ended his time at the law firm where he worked at the time. And he stopped racing. He worked to find his motivation again. Then he realized that the idea of balance is all wrong — which is more to Natalie’s point to me. Campbell wrote, “balance means that two things are in opposition with one another; they are counterweights with nothing in common.” But we both know that isn’t true. Campbell’s passions are part of his whole. My passions are part of me combined. As Campbell also wrote, “Integration was the path to less internal conflict… Be gone guilt.”

For me, separating my career in Washington from my love for the outdoors and mountains, I realized was a problem. I could be in one place and love the other. Because I did and that was the truth about me. If that doesn’t quite make sense, I had to mull over this notion for months until I even started to put it into practice. But the guilt (or frustration with myself) is nearly gone now.

10 Ways to Cope in the Big City

For those of us in a densely populated urban area, some interests and hobbies are more easily fostered than others. Baseball, like all pro sports, for instance is easier to come by. It’s broadcast half the year, ballparks are almost everywhere and people of all ages can participate, even if it’s just softball. While on the other hand, a passion for mountain life must be conjured-up and summoned in different ways.

These are the things that I have learned to practice that help me cope with my unsettled need for the mountains and outdoors.

If all else fails, move to the mountains. Get the support of your loved ones. Transfer the job or find a new job. If it doesn’t work, then you tried. I tried; the timing wasn’t right, and I’m more at peace for trying so damn hard.