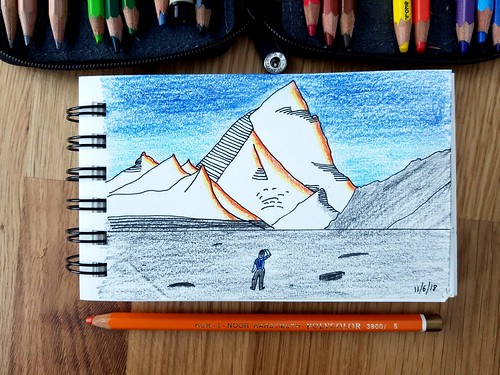 In March 2019, we saw the results of a press push. Some guy no one knew was going to try to make history.

Nirmal Purja claimed he was going to climb all fourteen 8,000-meter peaks in record time. Not in years, but months. The record had been over seven years. Purja wanted to do it over a single season. I shared the news on social media and the reactions were in alignment with mine, but more succinct:

Yet as of the end of July 2019, he has already made history by completing 11 of his objectives with only Cho Oyu, Shishpangma, and Manaslu remaining.

So who is this guy?

First of all, the thing he is actually most famous for is the May 23rd photo of the conga line of climbers heading to the top of Everest. Yes, it was from Purja’s Instagram account. He had already embarked on his journey, which he calls “Project Possible 14/7.”

Purja is Nepalise and served from 2002 through 2018 in the British military through the Brigade of Gurkhas and later in Royal Navy’s Special Boat Teams. During that time he became a member of the Most Excellent Order of British Empire, as the MBE after his social media handles indicate. (MBE is not knighthood; there are higher orders which are knights.)

Based on Purja’s Project Possible, he is an excellent logistical planner, and has a strong will. It appears to have drawn some significant resources including his lead sponsor, Bremont, a luxury watch maker. He is also supported by four experienced Sherpas. Jeff Moag talks about his team on their K2 push — and it really was sheer will and muscle — that got them to the top this season, possibly making rather than breaking Purja’s Project Possible 14/7.

What Purja has done to date has already been historic. The previous speed record was by Kim Chang-ho of South Korea at seven years 10 months and 6 days. He finished in 2013. The previous record to that was by Jerzy Kukuczka in 1987 after seven years 11 months and 14 days. His approach is innovative in concept, though not fitness or technology. Climbers have reached base camps by helicopter before. Mountaineers have climbed multiple 8,000ers in a single trip, though usually within the same expeditionary trip. Doing them all has surprised many, including me.