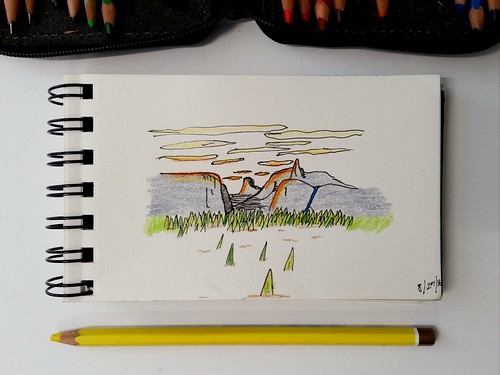 On a towering and drenched flank of granodiorite in Borneo, Mark Synnott led an expedition that included his trusted friends Conrad Anker and Jimmy Chin, and begrudgingly a 24-year-old Alex Honnold too. Honnold’s historic first free solo of Half Dome the year before was fresh on everyone’s minds, and Anker talked Synnott into adding Honnold at the last minute. Synnott, then 40, was concerned about having an inexperienced and arrogant prodigy on his team. Still, Anker pleaded with Synnott, acknowledging the need for options on this adventure climb: “He can be our secret weapon.” But when they reached the walls, Synnott thought his preconception of this reckless climber was proven true when Honnold told Synnott he didn’t bring a helmet because, “Uhhh… I don’t actually own a helmet.”

Mark Synnott’s irritation with Honnold grew into curiosity during that expedition to Mt. Kinabalu. In the end, however, Honnold borrowed a helmet, and after several soggy nights in a porta-ledge, pulled off a key move – a dyno – for the team’s dramatic route completion. But for Synnott, there were many puzzles remaining.

Synnott wondered what Honnold was capable of, and, at the same time, when he would have “the wake-up call” when climbers pull back the throttle on the risks they take. So when Synnott learned Honnold was committing himself to the greatest first free solo ascent in history, he began to write his new book, The Impossible Climb: Alex Honnold, El Capitan, and the Climbing Life, published by Dutton in March 2019.

In writing this book, Synnott wanted to answer a question underlying the wonder most share in watching Honnold climb without a rope. Even Honnold’s autobiography, Alone on the Wall, (which he wrote with David Roberts,) and even the Oscar-winning documentary Free Solo did not fully respond: Was Honnold a unique freak-of-nature or a human like the rest of us? And, if he was indeed human, what can the rest of us learn from him?

You might have seen some harsh criticisms – nearly dismissals – of Synnott’s book in the Wall Street Journal and The New York Times promptly after it was released. Don’t believe them; Synnott didn’t miss the mark, they did. Gregory Crouch argued in the Times that Synnott, and even Honnold, should have done a better job of teasing out the deeper truths of climbing, particularly staring death in its face. However, this is always the attempt in a lot of climbing literature, and Crouch should know as a climber that this is rarely accomplished by anyone, including Reinhold Messner, except for perhaps David Roberts.

Blair Braverman, in the Journal, attacked the whole book on the premise that Synnott was sexist. It appears to be true, and more valid than Crouch’s criticism, but the story remains. In addition, while Synnott uses some “casually” objectifying language, of the two instances she cites one was superfluous to the thesis but the other was not about Synnott’s perspective but rather illustrating Honnold’s own character and womanizing behavior.

Synnott starts his book by providing a general audience with a strategic overview of climbing culture and risk starting with his initial foray into a thrill-seeking approach to rock climbing, and introducing the reader to legendary free soloists like Jon Bachar, Peter Croft, and Dean Potter. Synnott also sheds light into what it is like to climb with the watchful eyes of the virtual audiences through social media and film crews. Synnott lead one of the first expeditions to the Karakoram that required he and his team, including Alex Lowe, to lug a laptop to draft “dispatches” to basecamp that would be posted on the sponsor’s blog. 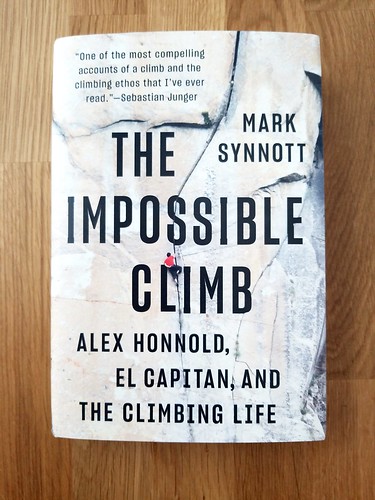 The Impossible Climb by Mark Synnott

Although the second half was clearly written while the effort to document the events that are now famously captured in Free Solo were underway, Synnott also brings the reader the backstory of events and considers Honnold’s humanity. Synnott goes beyond how the documentary film crew risked disrupting his climbing, but also how it did affect his own mental game, including one instance where the filming disrupted his relationship with his girlfriend. Synnott investigates further into Honnolds’ approach to fear and whether his amygdala – the supposed fear center within the brain – which Honnold’s has been shown to be inactive, and seriously considers whether that is actually unusual or even if it matters at all.

The Impossible Climb also looks back to key moments of Alex Honnold’s progression in free soloing. He considers a period in 2015, when Alex Honnold felt unusually alone after the death of Dean Potter. Since Honnold free soloed Half Dome seven years earlier he had created a vacuum to insulate him from distractions and foster his greater climbing ambitions. But perhaps it wasn’t actually an insulated vacuum, as he thought. On May 16th Dean Potter died with Graham Hunt in a wingsuit accident in Yosemite. Potter was first a childhood hero to Honnold and later, as Honnold pushed his limits, a rival in free soloing as Honnold pushed more limits. Just days before Potter’s accident, however, they had dinner together in Yosemite, marking a new step in their complicated relationship. With Potter suddenly gone, Honnold’s paradigm was broken. Honnold felt alone and, according to Synnott, an unprecedented pressure to perform on rock – believe it or not – like he had never actually felt before.

Further puzzling over Honnold’s capacity to free solo El Capitan, Synnott compares free soloists to elite circus tightrope walkers who walk a high line without a safety net, often climbing on a partner’s shoulders. He discovers a powerful parallel to how they and Honnold approach their craft without a safety net, and provides a glimpse for anyone that might want to learn from them; ultimately, we all chose who we are and at what level we perform.

Whether we as readers consider Honnold in wonder or chastisement, The Impossible Climb presents enough evidence and new perspectives about Honnold to make a new judgment about his special strengths. For himself, Synnott concluded Honnold is not a freak-of-nature but is indeed human like the rest of us. His life is not about facing and overcoming challenges or even fear, but merely facing choices.

Rating: Three burritos out of five.