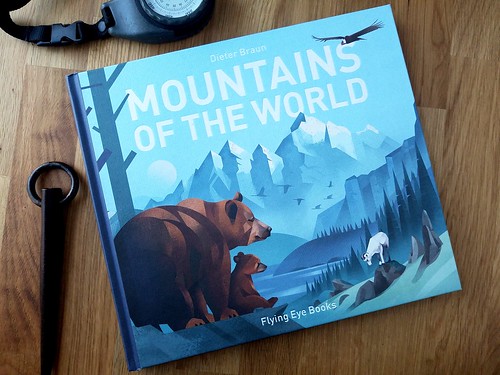 Natalie gave me this book as a Christmas present last year. Her interest went beyond just giving me a beautiful book, but she hoped it would serve as an impetus for me share my love of the mountains with our young Wunderkind and Schnickelfritz that goes beyond our pilgrimages to the peaks themselves. It was. At the beginning of the New Year we finished our reading session before bedtime by reading 5-10 pages Mountains of the World by Dieter Braun (2018) over several nights, and always discussing some aspect of nature, weather, and people among the mountains.

Braun takes his audience on a tour, or a survey course, on the subject of mountains. He starts with the origins of mountains, considers whether we’re measuring mountains greatness properly, what lives among mountains, legends like the Yeti, and even covers spelunking and the fragile qualities of the mountain environment. And yes, he actually considers whether we are measuring mountains greatness and relief properly in a book primarily intended for children book, and his illustrations are sometimes better than words alone. My kids grasped the idea and their eyes were wide and were clearly in wonder. Braun’s mantra is clearly show then tell. 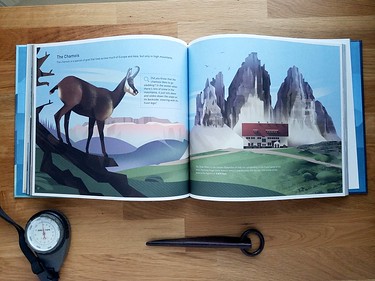 And yet, there were some oddities of choice that Braun included. I enjoyed the page on Iceland and the aurora borealis, but was not sure that it was germane, though I thought his inclusion of “Mountains of Sand: The Desert” was a thought-provoking portion.

Braun devotes several pages to mountain climbing, skiing, and mountain biking recreation among the mountains. He features Sir Edmund Hillary, Tenzing Norgay, and Reinhold Messner, which I enjoyed talking to the kids about and even had an excuse to raise Jerzy Kukuczka, Messner’s rival whom I admire, with Wunderkind and Schnickelfritz. However, Braun appears to have had to make some editorial decisions about how to simplify the list of “Types of Climbing,” which he limits to bouldering, free climbing, ice climbing, and urban climbing. All four were quite beneficial to talk about, and I agree breaking climbing into sport climbing, trad, aid, big wall, and so forth would dull my kids wonder, but did Braun feel alpine climbing was adequately covered through Hillary, Norgay, Messner? I think alpine climbing needed a little more attention through definition. 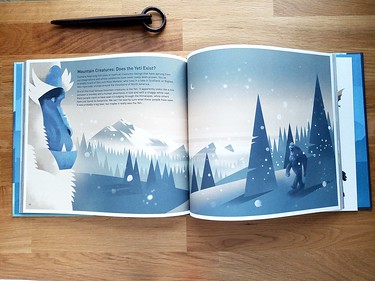 Wunderkind and Schnickelfritz had their horizon’s lifted through this book and our subsequent discussions. Even just listening to them about their new interest in finding a way to start at the Pacific seafloor and “climb” all the way up Mauna Kea. Or their excitement to learn to ski in the next season or two.

Dieter Braun’s Mountains of the World is a book to own and share. You won’t regret it.