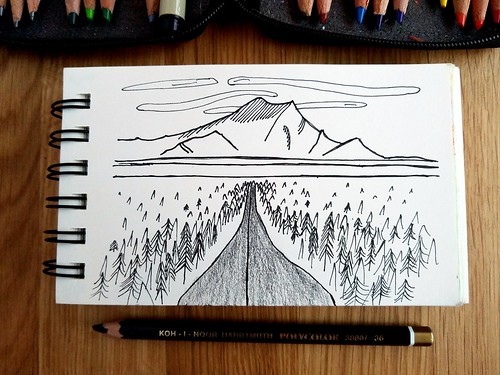 It’s a foggy morning here in Lancaster, Pennsylvania. Christmas was snowless and warm and now the moist air is merging into the drier air. With everyone still asleep, instead of working on fundraising or project planning, like I have been lately, I wanted to share with you two changes before 2019 came to a close.

It’s been more than a year as the executive director at a large nonprofit in south central Pennsylvania with a team of about 20 and hundreds of volunteers. As always, my work has been split between work, family, and balancing those things through diet, fitness, reading, and maybe some writing. The time has been more crunched than ever as my vision for the organizations is taking shape. By contrast to previous Christmases, this was the first Natalie decided to skip involving me in the Christmas card process; she said I was noticeably busy and it was just easier. It’s saddened me to think it was easier to avoid my involvement as we always had, but she was right; I couldn’t take much more.

Over a year ago I started working out almost daily to make sure I was staying in shape and help relieve some stress from juggling whether I was taking time between staff, board members, donors, volunteers, public officials, or my wife or children. Having three events at the same time to commit to attending is a terrible thing, and playing king of the hill with one of them is always about picking winners and losers. Still, I like to consider the options, make my decision and let everyone know as quickly as possible, which could take a day or so.

I started dropping into the climbing gym by my home every couple of weeks. I tended to work out harder at home if I had a boulder problem I was focusing my energy toward training. And when I was bouldering, I wasn’t thinking about anything other than what was under my toes and fingertips, so it has always been a huge physical and mental break from the ordinary.

In November, Natalie and I decided to take a step further and for me to join the gym and go at least weekly if not more often. I’d never joined any gym before, even a nonclimbing one. I’ve set myself a reasonable goal, though not yet with a timetable, to boulder V6. This has definitely cut into some of my mornings and evenings, but I think I have been more enthusiastic about, well, everything.

The biggest change I had been attempting to make all year, but a prolonged illness, did what my willpower couldn’t do. Over the years, as a policy analyst and advocate in Washington, DC I had worked my way up to being a caffeine abuser. I’d tease about decaf by a sly “what’s the point?” quip. But I would read and summarize policy papers and make PowerPoint Presentations with gusto. As I started working out more, and eating more fruits and vegetables over the last year, I knew I was drinking too much. Six cups a day, often more, was too much. And yet, at the time, I thought, “Oh, coffee doesn’t affect me much.”

Before Thanksgiving I came down with a cough, which developed into a cold, and became a sinus infection that lasted over three weeks and took two antibiotics and Prednisone to shake. I drank a cup of coffee in the morning and that was it for the day; my throat just wasn’t having it.

By the end of the whole experience, I decided to use this as an opportunity and stop drinking coffee at one-and-a-half cups or two cups in the morning before I left the house. The results have surprised me: I was more alert throughout the day, and I wasn’t dry and anxious by the end of it. I used to attribute the anxious feeling to the stress of my jobs. On some days the feeling was so intense I would crave a beer or a glass of wine to relax. Since I cut back on the caffeine, I didn’t have the same interest in beer or wine; I think I just wanted a depressant to bring me down from the caffeinated high. Until then, I had no idea what a grip caffeine held on me. Everything has been brighter, easier, and more enjoyable ever since. Perhaps you don’t need your cup of coffee as much as you think you do?

I did read 17 books this year, which I think was the most I have read in 12 months in the recent couple of years. Most of them were not about climbing. I read all of Alpinist Magazine’s long-form essays and stories, which should be considered a collective book in and of itself.

For Christmas, our friends in London sent me The Alps: A Human History from Hannibal to Heidi and Beyond

“>The AlpsThe Alps: A Human History from Hannibal to Heidi and Beyond

“> by Stephen O’Shea (2017). The back cover reads, “For centuries the Alps have been witness to the march of armies, the flow of pilgrims and Crusaders, the feats of mountaineers, and the dreams of engineers… Journeying through their 500-mile arc across France, Italy, and Switzerland, Liechtenstein, Germany, Austria, and Slovenia, [O’Shea] explores the reality behind historic events and reveals how the Alps have profoundly influenced culture and society.” It sounds like my kind of nonfiction. They told me that they’ll give me a pop quiz when they see me next. I’m okay with that and accept their challenge!

Click to buy your copy now and support TSM:

PS… While I would never stop reading about climbing, writing about climbing and its literature and history isn’t free, so my posts contain affiliate links. Every purchase you make through those links supports The Suburban Mountaineer. So if the book or gear interested you, click the link and get it for yourself.